Three of us went on a deer hunt that morning. We had a hunter at the top of the hill and he went up there in the dark before sunrise. At dawn my uncle and I went up the hill together parting ways half way up. There were two other hunters not in our party camped by us about 200 yards away at the base of the mountain. We did not know them or their plans. Anyway halfway up the mountain my uncle went to the right (SE) and I went left (NW). The southside of the mountain (which I was on) was open with sage brush and scattered cypress trees. In the gulches of the face, were thick timber groves of mainly large pine trees, clustered, only to be seperated by the openess I just described.My plan was to stay in the tree groves working my way to the peak driving the deer to the top of the hill where the other hunter was positioned. I worked the grove until it ended forcing me to cross a clearing to the left to enter the grove located under the peak. When I got to the right vertical edge of the treeline to the grove, I found the first blind. It was made of a broken branch that was placed up side down and leaning against a tree. The branch was interwoven into the branches of the larger tree. At this time I had a feeling I was being watched and assumed it was the other two hunters that weren't in our party that were camped a couple hundred yards from us at the base of the mountain. I continued left into the grove and found a 25 foot tree placed upside down next to another tree well over 50 feet high. The base was about 18" and had been snapped not sawed. Some branches had interwoven into this tree just like the little blind I first discovered on the groves edge. I'd guess the elevation was 8,500 feet, as the top of the hill was 10,000 and our camp was at the base of about 7,000. I now had an increasingly strong feeling of being watched again at this point. As I left the second blind/upsidown tree working my way up and to the left I saw the silhouette of a bipedal primate about 8 feet tall standing still looking at me. It was perpendicular to me, faced up hill in almost a runners stance, and looking over its right shoulder, at me, slightly with its wide muscular torso turned to me. It's brow was extremly pronounced, its forehead was small with the back of it's head slightly pointed. His head (assuming a male as it did not have breasts,) was proportionatly small in relation to it's body. It's arms were extremly long, hairy, lean yet muscular, It's hands had very long palms and long fingers that curled back with a thumb that curled forward forming a backward capital "C" type shape. It then sprinted up the hill and vanished behind the trees faster than a deer bolts into a dead run from a standstill. It was on the left edge of the grove with a clearing behind it. This all happened in a second or two. I went to the place I saw it (60 yards) and found no footprints as the ground had at least a foot of pine needles that cushioned footprints and would spring back up when you walked. I used a tree that was close by gauge it's height. It was of dark color but not sure if dark brown or black as it was shady in the grove with sunlight behind it in the clearing. I was in a state of kind of shock and almost not believing what I saw but knowing I did and simply just amazed. Because of this when I got home, later that week I decided to consult a hypnotist. I had never seen one but figured since they help witnesses recall a crime and descriptions of accounts that happen quickly or under stress it would probably help me confirm what I saw. The hypnosis confirmed my sighting. 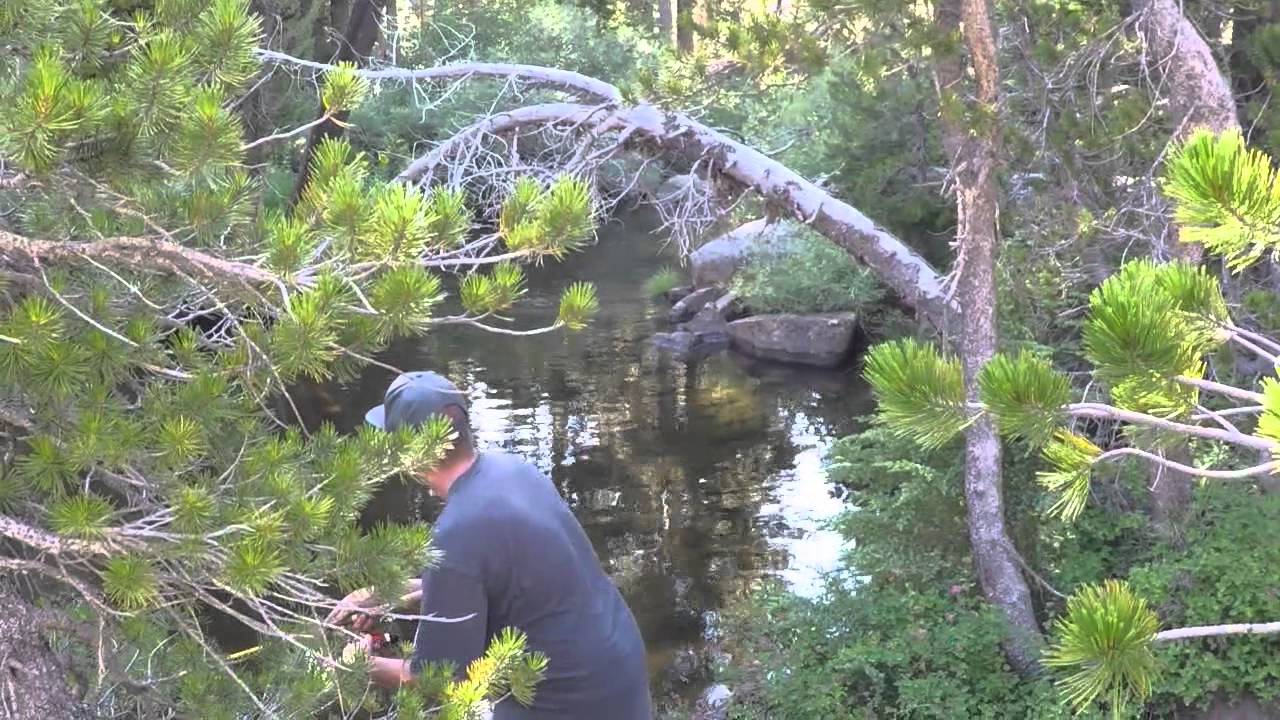 Awesome report! Due to my disability I will never get to go in woods or hike anymore but I truly believe t that there are Bigfoot and many other things yet to be discovered. I do believe!!! My husband makes fun of me but I won't change my mind! They exist!!!!!!!!!

Other sightings near Alpine County, California

My wife and I were hiking for the afternoon in the Mokelumne Wilderness in Alpine County, California. Our destination was Granite Lake, two miles from the outlet of Upper Blue Lake. We reached our des... 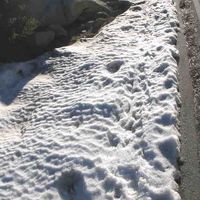 My family and I were driving in a remote area of the Sierra Nevada mountains last Tuesday looking for a place to ride our sleds. The sites we were seeking were few and far between as the area had no s...

We heard something we can only speculate about but I can still remember clearly the sound. It was the middle of the night and I was awoken by the sound that started low and went to a high pitch scream...

I was done working for the day. I had my fishing pole with me this afternoon, hoping I would have time to do some fishing at Lake Alpine. I was fishing for about a half hour when I heard these strange...