1973 0r '74, summer, Glacier park, Montana I was camping alone about 4 miles in -at a back country campground. When I got there at dusk..feeling nervous due to the time of day , sense of isolation I felt and that only 1 other tent was there about 200 ft away maybe , I put up my tent quickly , took a short walk on the prairie part..not in woods. ( The site was in a clearing with a bald hill behind it and a grassy valley.) I felt I'd made a mistake in coming and went to bed as soon as dark started to come. Sometime in the middle of the night, I heard the scariest noise of my life. It sounded like a very large ,. thick tree breaking in half- right next to my tent! I imagined it as a giant elephant stepping on a large tree and bringing it down. I could hear it crunching. I was so terrified that somehow I willed myself back to sleep instantly...thinking about how 'fear draws" and in Montana your thought is usually "grizzlies". How I accomplished that I'll never know. Never been so scared in my life. next day, I asked the couple, did they hear it? no, they didn't. I've since learned that bf's can make people hear sounds that aren't there or smell things that aren't there. They have some powers humans don't have..psychic powers. They can stop engines, they can communicate telepathically. but also they often will break a tree in half with their hands and maybe just did that to scare me-a bigfoot practical joke?. What else could it have been? There was no evidence in the morning of any tree anywhere nearby nor wood chips. 2) 1976, Mt hood forest and the paved road that goes up thru it. I t was a Saturday night and I was coming back to my forest service district compound in the mt hood forest..(where i worked that summer)...from spending the day in Portland. I was just below where the lodge to mt hood is (Timberline Lodge) ..maybe 2-3 miles before it. I've since learned that Mt Hood is a huge hot spot for 100+ yrs for bigfoots..maybe 200 yrs...the indians named trails up on Mt.hood for them. I saw something at about 200 -250 feet in front of me (I was the only one on the road and it was very dark since i was in the middle of the forest with tall trees and no street lights) which looked like a naked man run from the woods on the r. side of the 2 lane road into the woods on the left side of the road. I had only had 2 beers that night and was not under any influence of altered perceptions. I have always wondered for the yrs since then if I'd seen a ghost, but now I think it may have been a white or light -colored BF..either an old one or an albino. Both have been seen by others and I've read a few reports on all white ones. 3) last november in old fort, NC....10 months ago, November, 2014 went up to someone's driveway who has bf's living in the national forest next to him..not far from his house at the top of a mt. He's written a book on it, actually 2 of them, so that's how I learned of him and got in touch with him. He lives at the top of the mt, adjoining the Pisgah forest in the blue ridge mt chain and sees and hears them all the time for 21 yrs straight.. I was going over there from an hr away to talk with him, but without his knowing i was coming..since he would never answer his phone and we played phone tag over several wks, . I was leaving the state soon and needed to try and connect with him before doing so. I was unable to get up his road....steepest mt.road I've ever been on- ....so steep that my wheels just spun. I was too run down in aerobic, heart health right then to walk up, either so was about to leave a note on his truck before leaving. It was dusk and dark was beginning to settle in which made me a little nervous. It's very remote there and no one else lives closeby. I am a very thin and non muscular female pushing 70. I got out to walk over to his truck with my note when I heard it. It sounded a bit llike an owl, but NOt an owl. much deeper and bigger sound. it scared the heck out of me..I know most animal sounds so I jumpbed back in my van and never left the note..just "hauled ass" as they say in FL! Then months ago here in FL was looking up if they ever sound like owls and sure enough, they often imitate the owl sound. Tthey also imitate just about everything...from sirens, to motorcycles to people's names they've heard, to "hey" etc. My girlfriend and i had been shopping at walmart in spruce pine nc late one night. we left to head for home which is about a 20 min drive. by this time it was about 2 am. we left wal mart and headed b...

Before describing the incident I thought I should give you some personal background. After my family had a suspected nighttime visit from a juvenile sasquatch about a dozen years ago, I've developed a... 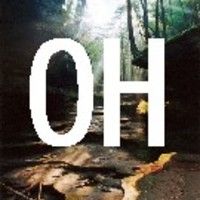 I am 27 years old now, this happened when I was about 11, I believe the year 2000. I realize I was young, however, I have thought about this experience many times over the years and have not been able...

I am reporting this as a second hand report as my husband is the one who actually had the sighting. He is reluctant to share it with too many people and was stoutly a non believer in such things. He i...

Trucker has nighttime sighting outside the city of Nevada

Recently at about 4am I was traveling east out of Fort Scott, Kansas. Just over the Missouri border the road gets narrow with heavy forest almost coming up to the edge of it. Ahead of me at the end of...

This incident occurred in the later part of 1983 (September I believe) just outside of Richmond Kentucky in Waco. I was about 12 years old and was out riding my bike when I decided to go visit a frien... 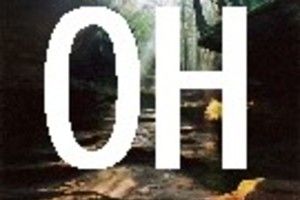 My husband and I saw a what we believe to be a Sasquatch on the night of June 12, 2021. We were driving home together with our daughter at approximately 9:30 PM when we turned onto our street. Mind yo...

Teenagers have night time sighting on Blackhawk Creek near Whitehouse.

Okay me and my friends were fishing down at the creek by our house and we were tired and decided to leave. So we all started walking back up the road from the wood area and [our friend] said that he h...

Transcribed from a telephone message left on BFRO.NET Hello, my name is xxxxx saw BF two years ago, my father encountered him about 10 years ago. I live in South Central Kentucky, we are about an hou... 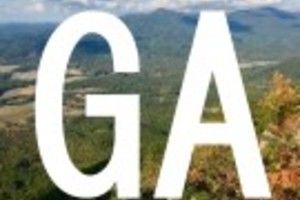