Sasquatch. Commentary on the Casino Bigfoot Footage and some opinions.

Mysterious Green Orb in Woods in the Middle of Nowhere!

1st encounter: Walking with two friends looking for one of the friends' brother. Walking down abandoned Lake Champlain and Moriah railroad trackbed. It was approx. one thirty AM, June 25, 1989. Heard a godawful screaming noise coming from over the bank on the south side of the old railbed. Metal was being ripped and thrown. Over that bank, there were a series of junked out cars (some Subarus and an early sixties Chevy station wagon). One of my friends uttered the obligatory "What was that?" and the noises stopped, almost like it heard us. The next thing we heard was the sound of something very large breaking through the heavy brush of the woods below us. Before we knew it, It was up the bank and standing right in front of us. In the dark, I couldn't see it, but I could tell that it as huge. There was a smell, as well, almost like crossing a dead skunk and deep bog. Nasty. My buddies took off, leaving me, because I was slow to react. I mean, I was scared, but sort of curious too. The thing, whatever it was, was right in front of me. I could feel its breath, hear it breathing. I was only there for a second or two and then started running. The thing took off after us, I could hears its feet on the gravel behind me. It stopped chasing us just as we broke out on to the road an headed up the main street. I chanced a look back and I could see its shadow just inside the brush. Whatever it was, it was BIG, a lot bigger than a man and i have never seen a bear move like. The bank it climbed was at over a forty-five degree angle, loose gravel and stone, and covered with vines and heavy brush. We tried to climb it the next weekend and it took the best of us over five minutes to climb it! At the time, we never bothered to look for tracks, but one interesting note. I stated above that there were junked cars on the south side of the railbed. One of these being an early Sixties station wagon, a big HEAVY car. My friends and I had been in that area the week or so before and the car had been on its wheels. The weekend after the occurence, the car was on its roof, pieces ripped from it and scattered around. That really scared me and I haven't been back since. The second encounter I had, that was just as strange as the first. Me and a buddy of mine were cruising in his 85 LTD station wagon, the ultimate touring vessel as it were, just out enjoying the late September weather. It was a beautiful September night, the 23, 1993. We drove up this four wheel drive trail to the point where everyone parties (every hick town has one) and the trail heads for Westport, NY. He wheeled the car around and parked with the rear facing the woods, the nose facing down the road we had just came in on. We just talking about the town, friends, plans, just stuff. I happened to look out the back window and I could see something coming up behind the car. The LTD wagon had huge tailights and there was no guard over the license plate light, so the back of the car lit the area up nicely. This thing was big, black and had its arm out like it was going to open the door on the drivers side. The part that scared me the most was the fact that the rear hatch of the wagon did not latch, it just kind of moved around, thumped when you hit a bump, that sort of thing. It was one of those things Matt was going to fix but never did. Anyway, I looked at Matt and asked, "Did you lock the doors?", calmly, almost deadpan. "Why?" "Somethings about to open the door." Matt slammed the gearshift into drive and we took off out of there. I looked back and the thing stood up. It had to be over seven feet tall. It was huge and black. Its eyes must've caught the tailights glow because there was a red flicker in them. We never stopped until we got down to Port Henry (six or seven miles away). I live in a rural part of NY, just outside the blue line of the adirondack park. i know what bears look like, i know how they behave. each one of these encounters was no bear. I still don't know what to call each of them. It seems to fit the Sasquatch theory, but why in the middle of nowhere? Where I live, they already have the tourist hook, the Lake Champlain monster. each year people with out-of-state plates flood the little town looking for the elusive critter. It's been almost ten years since my first encounter and a scant five since my last and I still have no idea what exactly chased out of the woods we played in. 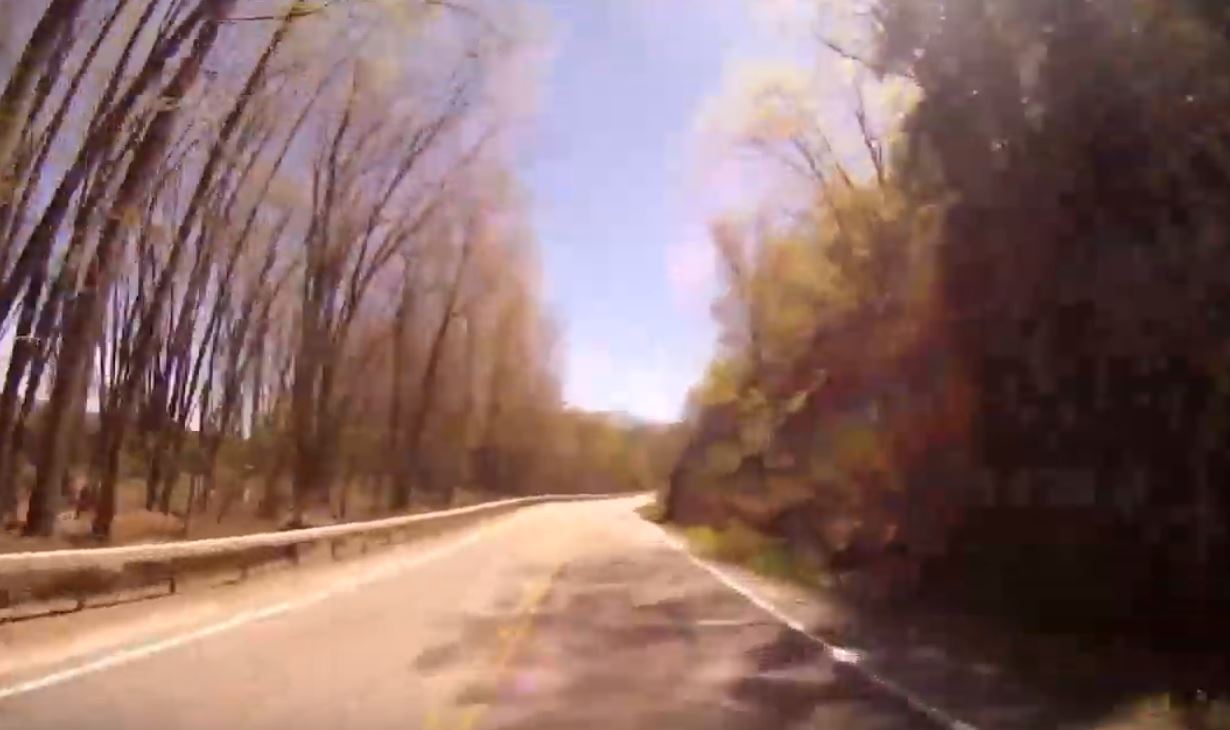 On June 10, 2006 I was driving with my brother on a back road (unpaved) in the Adirondack Park. We were heading for a trail head that led into the Hudson River Gorge. This area is almost dead center i...

I didn't have an encounter exactly but we are owners of a camp in a remote region of the Adirondack Mountains. This camp is only accessible by hiking to it. There is rarely anyone ever around our camp...

My wife and I live outside the village of elzabethtown in essex county n.y. In the fall of 2002 in october at around 2am my wife stepped out on our porch it was a unusually mild night clear with stars...

Possible sighting by motorist at night, outside Westport

It was approx. 12:45am, me and my friend travis who lives on the end of Pelfishier road(outside of westport on R22), we were heading towards my house in Mineville, I was a little bit ahead of him and ...

Ok so I would like to keep this somewhat discreet because my family still to this day use what I told them as a joke against me and I don't need everyone in my town talking about me cause this just so...

Youths have daylight sighting in wooded area of Sarasota

Me and my brother and our cousin (11, 10 & 12 years old at the time) used to frequent a neighborhood across from ours called Acorn Circle. It was a heavily wooded area that only had about three homes ...

Around the age of 12 or 13 (I'm 34 now) I went with my parents to Sugerpine Campground in the Sonora/Twain Harte area in California. We were there for two weeks in our 21' travel trailer, and I was co...

Family views large, reddish-brown animal near their home outside of Morton

During the spring of 2000, my Mom and her friend were going to town, it was in the evening when we saw it. As my Mom left she reminded me to lock up, so I went to the door to lock it. As I locked the ...

Was going back to close shop at approx. 10PM in the northern desert above Palm Springs, CA., and saw a huge light tan colored biped with soft blowing hair .Because I was in a small VW bug with the lig...

Young Native American has a short face to face encounter

I was walking north on highway 96, on the riverside of the road, approximately 3/4 of a kilometer south of the Somes Bar store. I saw something out of the corner of my eye, and when I looked acros...

I'm 42 now and its been a while since I decided to tell my story about what I saw that beautiful sunny day about 11:00am if you go down to the Pasquines restaurant, take rear turn-off road and keep go...

I was driving down rose City Road in Lupton Michigan at about, 10:10 p.m. and the road that I was driving on goes right through the lupton swamp. I seen something in the middle of the road. It was hug...