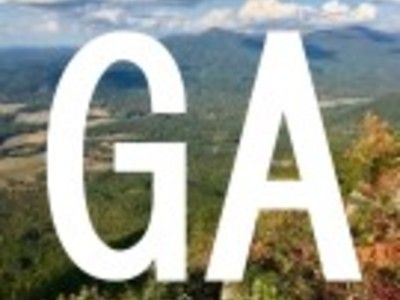 I was visiting my family's former home and treated myself with a night's stay at the cottages. They lie along the road running through from Deadwood to Rochford. The campground was empty save for me, even the proprietor was not home. They have beautiful pastures and a huge assortment of farm life - from turkeys to quail to goats and llamas donkeys and horses. Their fields run right up to the forest, probably not even a football fields length away. I was sitting outside watching their antics and enjoying the evening air. Suddenly, something started to howl in the woods to the west. Everything alive on the place froze in that same moment and all of their heads - mine included- swiveled toward the sound. I cannot begin to describe it, but I had grown up in these hills and know it was nothing I could identify. The sound was somewhere between a howl and a scream and just echoed. It went on for 3-5 minutes, and every creature stopped to listen. I didn't hear it again while there. I didn't te...

In the summer of 1973, I had driven up to the Cement Ridge Fire Lookout, since I had never been up there, and was curious about the place. I was parked in a nearby pull off area, and just walking around, enjoying the nice day and the scenery, when I heard a huge noise, something like a cross between a bellow and a roar. It did not sound at all like the scream of a mountain lion, since it was too loud and deep for that, and not in the appropriate range of vocal timbre. I was thinking that maybe a cow had broken its leg and was bellowing in pain, but it also didn't seem like a cow's vocalizing. It went on, repeatedly, for some minutes, and then I got an eerie feeling, and having no weapon with me, I decided I needed to get out of there. As I was driving back down the road, toward Rocheford, I heard the noise several times again, as I went down the road, even after a couple of miles. Many years later, I happened to be watching a Discovery Channel program on television, featuring a Native American man from the Puget Sound area of Washington state, who claimed to have made recordings of Sasquatches. He played one, and I just literally froze, because it was exactly the same sound that I had heard up on Cement Ridge, in the Black Hills, in the summer of 1973. The tone, the same loud bellowing/roaring quality, the sound was unmistakable, since I had only ever heard it once before. I to this day believe that I heard a Bigfoot screaming, because the researcher's recording reproduced that sound, precisely, and recalled my memory of it, immediately, beyond question.

Sorry if duplicate, I keep hitting some key that throws me out of this page. Auditory report. Returned home after Vol Fire Dept meeting and heard weird howling. Got my digital voice recorder from in...

Early evening sighting by motorist on Hwy 244 near Horsethief Lake

I was driving home to Custer,SD from Keystone,SD on Highway 244 or known as the Mt. Rushmore Rd. At about 5:20 in the evening along the side of the road was a large bigfoot.I looked right at him as I ...

I'm a retired paranormal and cryptid researcher and I had a personal encounter this year while deer hunting in Shelby County Illinois which is considered south central Illinois. I will not disclose th...

Recollection of an afternoon sighting on Green Mountain

When I was about 8 or 10 yrs old, I saw a Bigfoot. It was on Green mountain near Huntsville, Ala. It was unpopulated then. Now there are million dollar homes there. I was on my way home from my unc...