Two coyote hunters have nighttime sighting driving back to the farm near Arley witnessed in Maries County, Missouri November 24, 2017 Two of us were coyote hunting at night on our property. My friend was sitting at the end of the field in a hunting blind and I was going to walk the edge of the woods toward him to try and kick up coyotes. While walking I could hear something walking down in the woods below me, appearing to keep up with my pace. I thought it might be coyotes, so I whistled to my friend. He whistled back and then whatever was in the woods below me whistled. I picked up the pace due to that kind of freaking me out. Twice I whistled, twice something in the woods below whistled. I was close to the hunting blind by then and picked up my friend. We went to the other side of the field and quickly got back to our vehicle. When driving back to my house, we crossed the creek bed and as we pulled into the field right below our house, there it stood. At first, the headlights were not on it and I was trying to figure things out in my head of what possibly could be the big of a creature on our property. It was about 60 yards below our barn. When my headlights hit it, the creature stood there for less than a minute. My friend and I both got a good look at it. It had long, shaggy hair. Its eyes reflected orange. Its arms were attached at its shoulders. It stood 7 1/2-8 feet tall. It looked at us and then, not in a hurried way, turned around and walked back into the cedar thicket. Our border collie took off after it and we grabbed our guns and headed toward where it went back into the woods. Our dog came back rather quickly and we did not go much further. It was gone. This was late at night, but the next morning when my dad went out to do the feeding, the goats usually are very skiddish, but that morning they hugged around his feet and would not let him away from them. We had not told my parents about what we saw the night before because they were in bed when we got back. When my mom walked out of the other side of the house that morning she made the comment wondering about a horrible smell on that side of the house. Two evenings later, my parents were putting Christmas lights on the house and something to the right side of the house, down in the woods, let out an loud long squall. Then the coyotes started yelping on the left side of the field. Another squall from the right side was heard and the horses came running to the house. It was not coyotes squalling. The horses have never been afraid of coyotes. They yelp every night. My parents were both a little on edge with what they heard. My dad has lived in the house for 30 years and is an avid outdoorsman, but never heard anything like that. Since that night, there have been two more sightings within a mile from the first sighting. One sighting was when my friend was heading home and had our border collie with him. He was passing an abandoned home with an open area right across the road. Our dog started going nuts trying to get out of the window. He slowed down and looked and it was on all fours about 15 yards off the road in the open area between two junk vehicles. When he stopped, it stood up and quickly went into the woods. The next morning, my dad, myself and friend went back to check out the area. We found where it had been standing, but it was on grass and just smashed down. It was raining when he saw it, but the area is grassy and not muddy. I saw it again just a couple of weeks ago when I was headed into town at night. It was diagonally across the road from where my friend saw it last. I noticed something move as I passed by and it was standing back in the treeline. My parents have tracked its footprints down in the valley between our house and the field I was walking in the first night. They took pictures, but they are not very good pictures. After we realized that there actually is a sasquatch, we started thinking back about things we just passed off as fluke before. Like having a couple pictures of something unexplained on our game camera. We even joked about, "Look, we got bigfoot on our game cam!" My parents go on driving dates regularly. They were on one of their dates two autumns/winters ago and there is a small field they passed right next to our property. There is a creek on the other side of the field. As they passed, they saw something larger than a deer take off quickly. They could not explain what it was because it was not anything normal to them. We told several people about the sightings, but they thought we were crazy, so we quit mentioning it to others. But we did have a couple people who believed our accounts and told us about BFRO. We also have heard of others in our area that have had similar encounters, but because of the disbelief from others have not reported their sightings. 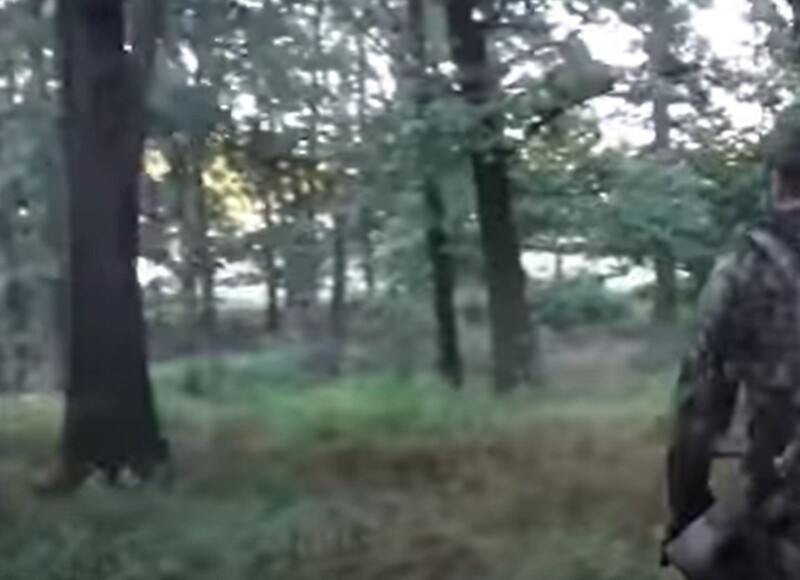 Other sightings near Maries County, Missouri

I was visiting my Father and Grandparents during a summer school break. I was about 11 years old at the time. (It has been many years since my sighting; about 34 yrs. ago to be exact, but I remember i...

While traveling along Dark road skirting Monkey Mountain in NW Missouri, a tall thin creature of possibly 7' in height crossed the road in front of my vehicle. The creature was coming off the steep si...

I'm always doing outdoor activities, floating, camping, hiking and recently I've had some strange encounters. First, I like to go conservation areas frequently, and at wire road conservation area off ...

On November 18, 2004 at approximately 6:45 pm, I was traveling south on a winding, dirt road less than 5 miles from my home on C Hwy between McDowell and East Purdy, Mo. As I drove along, I notice...