Subject: White Bigfoot I just read the Louisiana encounter on your site and thought it great that someone else had seen a white bigfoot. I have not told anyone outside of friends about my experience, although there were plenty of others around at the time. This encounter happened, Ohhh bout 30 years ago in Columbus, MS. I and several of the neighborhood kids were out playing in my front yard. I was the oldest, so the rest of the dozen or so kids were 4th grade and earlier in school. All of us were playing "Tag" and to make things level-out for the younger kids, we all were turning round and round to get dizzy so the youngers could have a fighting chance of catching us. All of a sudden, my youngest brother ran through the group yelling "Booger-Bear!!" He looked TOTALLY scared to death. I thought he was joking, but then my next brother did the same while pointing toward the unoccupied side of out duplex apartment house. Soon, I looked around to find that I was the only one left in my front yard, the rest of the kids had run to where the parents where outside chatting next door. All of them were holding onto his/her parent(s). Well, I looked down the street and saw nothing unusual. Looked again, both ways, same result. As I was turning back toward them, my eye caught a movement beside my duplex. Something was standing at the corner, hugging it as though to peek around a corner. It appeared to be slightly hunched over and yet the top of it's head was at the top of the window. The top of that window was at about the 7ft plus level. Could have been higher. One day I might get a chance to measure it cause the house is still there today, although the neighborhood is not where I would care to be at anytime nowdays. Anyway, I stood there looking, trying to figure out what this white hairy thing was. Earlier in the year, maybe a couple of months (been a long time ago), there was a report of a white gorilla that had escaped from a circus. Thing is, kids know when a circus is around in those days, and I had never heard of one being anywhere near. It was just standing there, slightly moving kind of side to side. Since it was at dusk, and I couldn't really tell what this was that I was looking at, I slowly backed over to the grown-ups area. Eventually, the thing was hidden from my view by the house. I eventually worked up enough courage to make a wide arc toward where I saw it to see if it was still there. Nope, it was gone. I had a terrible time sleeping that night. Didn't want to be anywhere near a window even though we had no AC and it was warm weather. Next morning, I went to the area just to see if I could find anything. Nothing. I was never late for supper again. Never stayed out after dark. etc...The experience is real, though I have questioned my brothers about it and they remember nothing. Perhaps it was the grownups playing a joke? They of course deny any knowledge. This is my only "bigfoot" story, though I have a couple of others that may spark some interest, one of which defies any rational explanation. 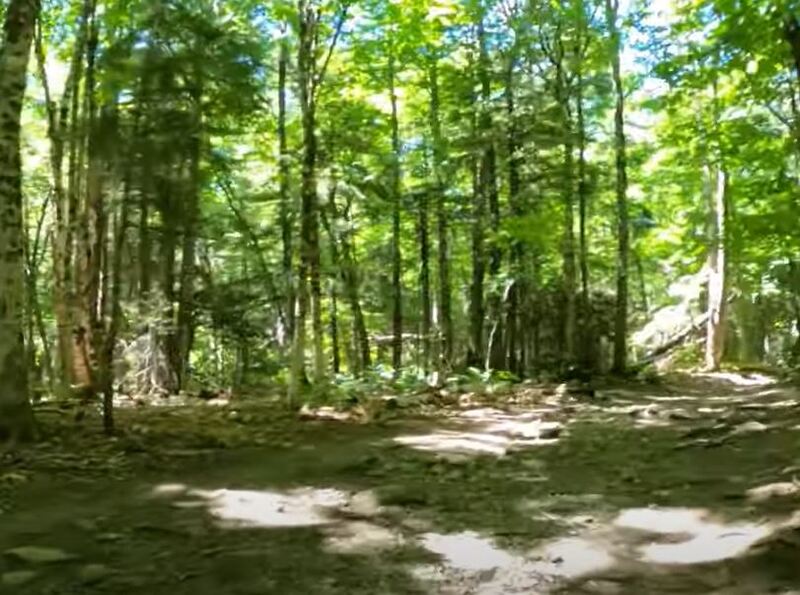 Other sightings near Lowndes County, Mississippi

Unfourtunately, I have no video or audio, only personnel observation. The first encounter did not involve a sighting. As a young boy, I was out on the front porch with my mother, father, uncle, and gr...

When I was a child, I heard my grandfather, a man who quit school at sixteen, tell stories about something that lived in the Burns Rebrake (a swampy area owned by a Mr. Homer Burns). The stories he to...

In 1998, January, I saw a large, light-colored, upright creature 10 miles south of my home in Bolivar County. I was driving north on highway 61 in southern Bolivar County when I saw about 200 yards ah...

Possible wood knocks heard by a photographer near Quitman

At the time of this occurrence we had been at Clarkco State Park for two nights in a cabin. The previous morning, Wednesday, October 20, 2010, I had walked the length of the cabin road to its dead...

I,m reporting this for my brother who does not have access to the internet. I think he had a pretty good sighting in wyoming on jan.11 2003. at night.you can contact him at home any time after 6p.m. ...

Memory told of an inquisitive sasquatch sighted near Port Hardy

I was fishing with a friend and his pops about 45 minutes from Port Hardy. At the time, my friends dad was receiving a ticket from the fish and wildlife fuzz. With our fishing privileges being cut sho... This sighting happened over 1 year ago. I happened upon your site recently, although I did write to George Noory about the sighting 10 months ago. I am a truck driver. I was headed north on US Rou...

Creature observed kneeling beside a creek late at night

It was on Halloween night in 1996. I had taken my younger brother, a high school senior at the time, to Veteran's Lake inside the Chickisaw National Recreation Area in Sulphur, Oklahoma because some o...

Just watched a TV show which made reference to the Skunk Ape/Bigfoot of Florida. As I have seen one, I was interested in learning if other sightings had occurred in the same area. While searching for ...

While bow hunting on Mt. Emily in 1982 my wife and I took a drive to the summit off exit 243 aprox. 15 miles up the forest road. When we reached the top I noticed what I thought was another hunter sit...

JUST SEEN SKUNK APE AN HOUR AGO, UNLIKELY PLACE AND NOT WHAT EVERYONE DESCRIBES HIM AS, AS FAR AS FEATURES GO....

I had a visual experience in 1979 in which I was camping about 20+ miles out of Hiouchi,CA in Del Norte County. I was traveling as a passenger with a local resident who was making a trip to Crescent C...