At the time of the incident I was 15 years old and had spent my entire life in the woods. I knew what was out there and how to identify it. It was about 3:00pm and I was walking home from school through the woods. As I was walking I had an uneasy feeling and started to look around at my surroundings. I eventually dismissed my feeling and chalked it up to my mind playing tricks on me. I continued on my walk, with my head down, not thinking anything more about my uneasy feeling. I happened to glance up and notice "someone" standing in the trail ahead of me (about 70 - 80 yards.) I originally dismissed the person due to the fact it was common practice for some people to get out of school and smoke cigarettes or dope in that area. I concluded that what I saw was a person partaking in one of those practices. Something was nagging at me that the person I saw didn't seem right...the spot where the individual was standing was where the swamp meets the trail. No body went that far in to smoke. As I looked up, I froze. I had an unexplainable fear come over me. I have seen deer, bear, bobcat, and cougars in this peticular piece of land and have never been scared. What I saw before me was none of those. The creature in front of me was all one uniform color, either dark brown or black. It's arms extended down almost to it's knees, and it's shoulders were very wide. In addition, it was standing on two legs and kinda peering at me from around a tree (it would later move into the trail.) Even though I could not move or yell, my mind was still working. I did what I could to burn an image of this creature in my mind. I remember thinking that the head looked too small for the body, and that I could not see any skin tone on the face. It was as if the skin was the same color as the rest of the body. The last thing I did was notice a branch above the creatures head. I noted that the branch was only a couple of inches above the creatures head. I looked at this animal for a minute or less when it pivoted on it's back foot, took one stride into the swamp, and then disappeared. After ten minutes the paralyzed feeling left me and I returned to normal. At that point I decided to investigate. I walked up to the spot where it had stood and looked for any indication of something being there. The ground at this spot was very hard; no tracks were visible. The stride of this creature was at least five feet. As I mentioned earlier, the creature was originally peering at me from behind a tree, but came out into the trail. I estimated from where the creature stood to where I last saw it on the edge of the trail/swamp was about five feet. It only took one step and it was out of sight. Now, I am about six foot tall and have a three foot stride...what ever I saw would have to be considerably larger than me. With this in mind, I also looked for the tree branch that the beast was standing under. I found it right above my head, indicating I was indeed at the right location. The branch was about nine feet high. Whatever I saw was just shy of nine feet tall. To this day I have no difinitive proof of what I saw to be a Bigfoot. However, I don't know what else to call it. The specific location, on the edge of the swamp, was not frequented by people, the creature's body structure was not that of a human, and lastly the creature was much too large to be a human. As of this writing I have not had any other incidents in that location, though I have had a strange encounter in another part of Northern Michigan. I don't feel that the creature would have harmed me, but I very rarely go into that area of the woods by myself. 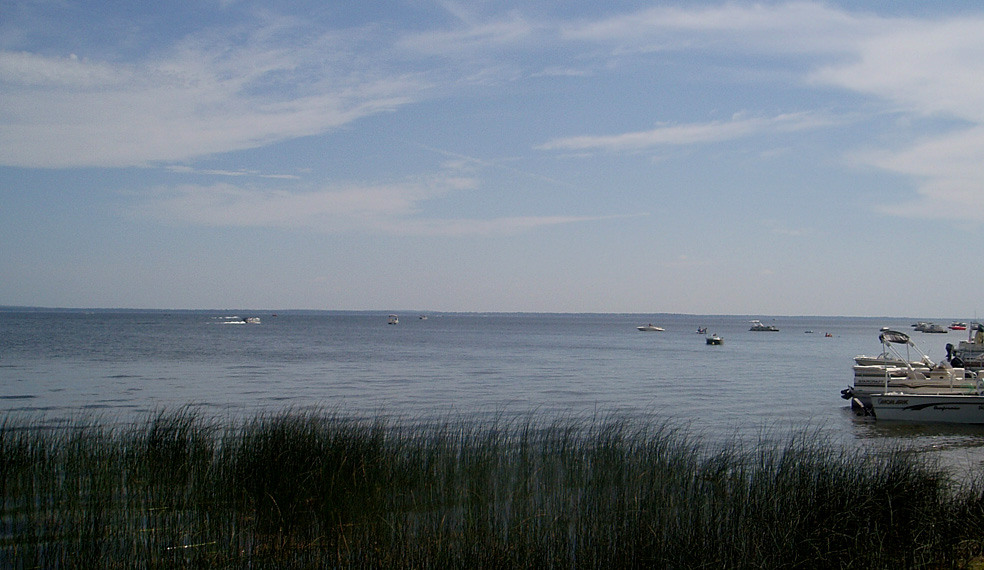 Other sightings near Roscommon County, Michigan

Recollection of a possible road crossing at dusk near Roscommon

It was about 20 yrs ago. in Roscommon Mich. on M-18 just south of the town Roscommon at the sub power station. It happened at about 9pm at night in the fall. I had a friend with me that night and he s...

I was hunting in the gells trails , just north of lake st. Helen Michigan... Just finished eating .. it started to rain.. so I sat in my tent.. and all of a sudden I hear this scream..it kinda sounded...

While attending a family hunting trip, several of us were walking on a two track north of our camp. We were almost a quarter mile from camp, climbing a steep portion of the road. Suddenly, the fou...

Two firefighters have near collision with animal north of Houghton Lake.

A friend and myself were coming home from a party, about 10:30 at night. We were in his Chevy van. Something ran out in front of us. He slammed on his brakes and this large animal on 2 legs bent at th...