Bigfoot or Sasquatch screams or just a common animal? From Andrew D. Wild Animal vocalization during the night lasting for at least 30 minutes that I witnessed it after exiting the building in Snoqualmie Washington it was 2008 or 2009 the week before Thanksgiving. I am not sure of the exact year but I remember that the following year after this recording I heard it again but from a much longer distance away. When I recorded this on a flip phone it sounded to be closer than 100 yards into the forest and the volume was amazing and I could not imagine the size of the animal to make a sound carry that far and still have the intensity as if it was right next to you. The flip phone could not capture that element of the sound and even after raising the decible level it still isn't a very good representation of the actual in it's presence effect of the screams. What is it? I am not sure and have not heard it before even though I have spent a lot of time in the woods both day and night possibly there is a simple explanation but those who have told me it was a commonly found animal in our State of Washington did not hear it from where I was and the experience was awesome. I did grab another individual so they could hear it in person as well that night and as soon as they heard it they left the scene

In five seconds or less, keep track of the most important Bigfoot news of the day. Squatchable's daily email newsletter, features the day’s biggest stories and sightings report that matter most to readers like YOU. 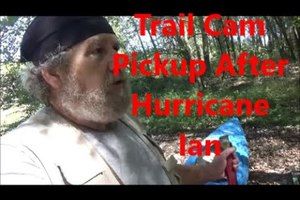 Something yelling from the swamp !